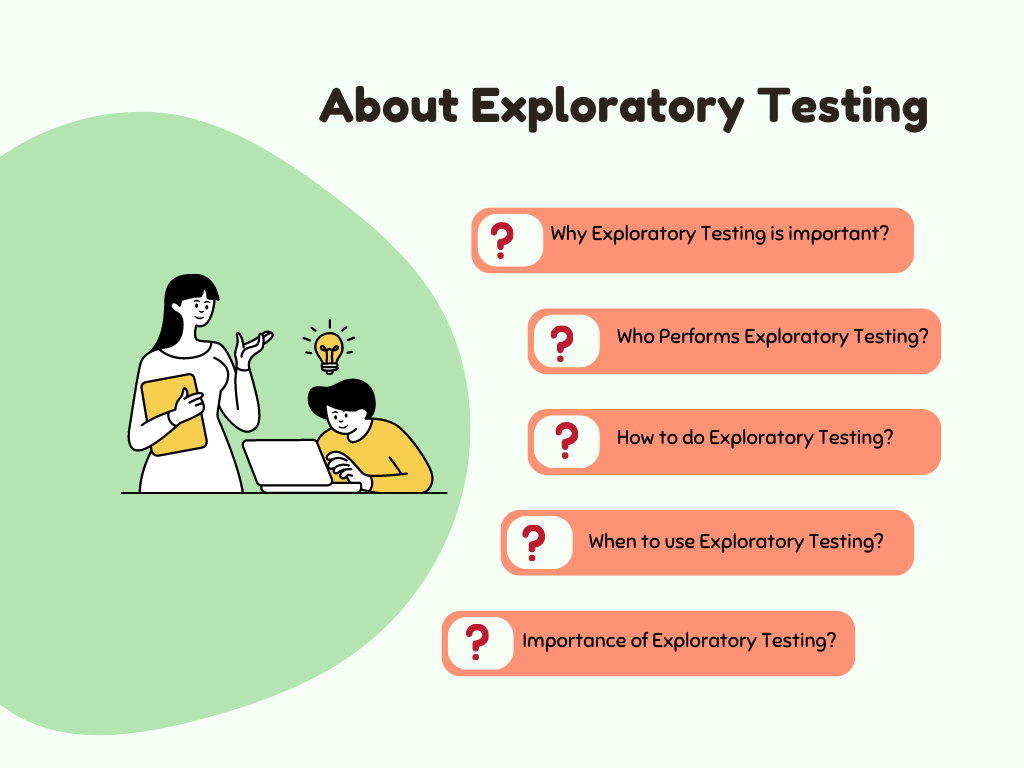 Exploratory testing is often described as simultaneous learning, test design and test execution. It’s about exploring application in all possible ways. Testers do not work on the basis of previously created test cases. It “emphasises personal freedom and responsibility” in testing as its tested by individual testers with minimum planning and maximum test execution. It does not use any specific test design, plan or approach. It is an important part of manual testing. Exploratory Testing is widely used in Agile models. Exploratory testing is often thought of as a black box testing technique. Adhoc Testing and Exploratory Testing is the important testing types.

Why Exploratory Testing is important?

When Exploratory testing is not done there is an increased chance of missing significant functional issues and small details that users will notice. This type of testing can detect unusual and weird bugs that might have missed or are more difficult to find during structured testing. Most software quality testing uses scripted testing/structured approach, at first test cases are designed and later proceed with test execution. Exploratory testing is a simultaneous process where test design and test execution all done at the same time which provides quick and early feedback at the early stages of development and helps to uncover a broad variety of bugs. It saves execution time and enhance skill and flexibility as there are no rules attached to exploratory testing.

Exploratory testing is usually performed by skilled testers for validating critical application that requires early iteration. Exploratory testing allows to think outside the box and come up with use cases that might not be covered in a test case. The bugs found under unusual conditions by testers during exploration may be one disregarded by the developers. Even developers, designers, and any other stakeholders in a project can perform exploratory testing since it does not require a script.

How to do Exploratory Testing? 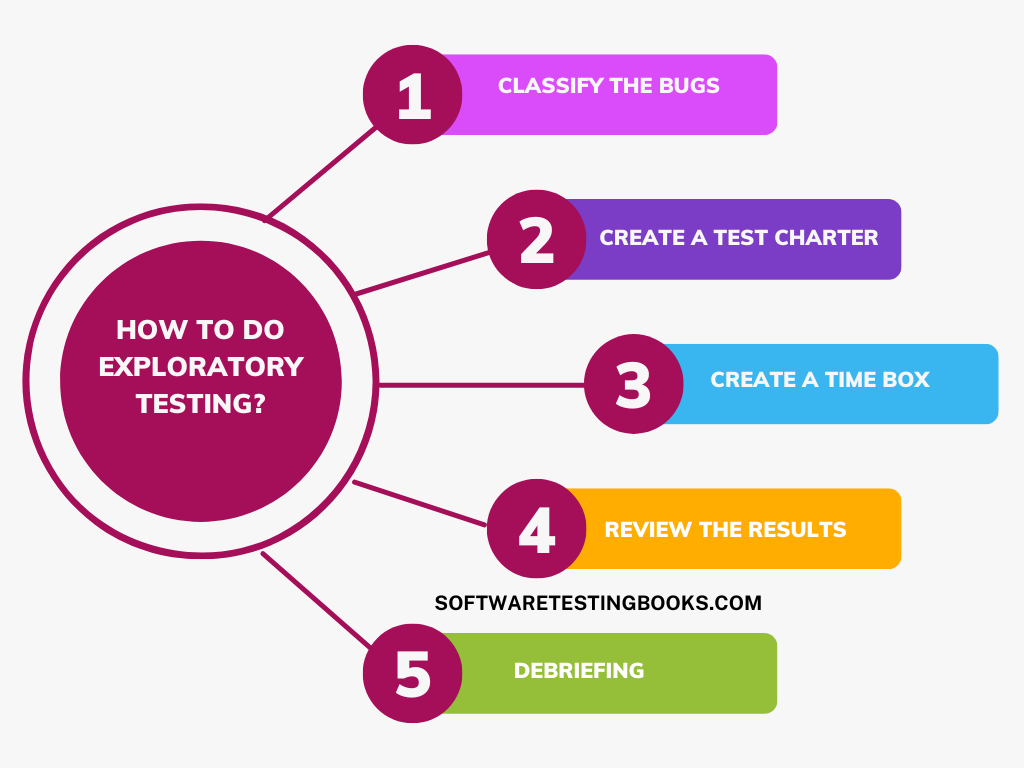 When to use Exploratory Testing?

Exploratory testers think outside these preconceived notions, allowing them to explore the program or system and discover defects that other testers might’ve missed.

Assume that somebody is driving a car to a place in a new area without a map. The person driving the car will employ various strategies to reach the place, including:

Below are some of the best exploratory testing tools and extensions which help to automate the testing process, collaborate with teams and create reports with ease. 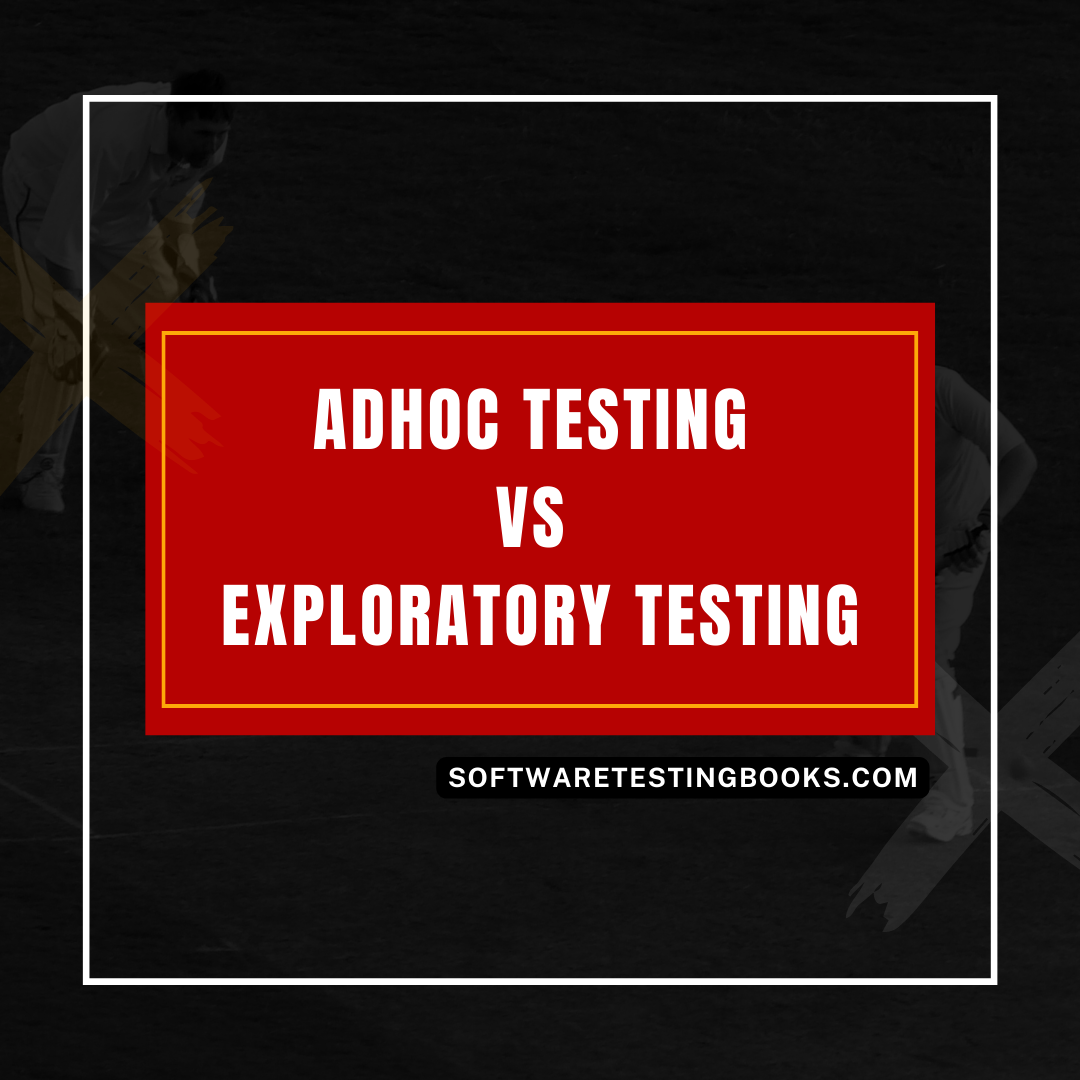 What is Ad hoc Testing?

Ad hoc testing is an informal or unstructured software testing which is performed informally and randomly after completing the formal testing is to find out any loophole in the system. Ad hoc testing is also known as Monkey testing and Gorilla testing. Error Guessing technique is followed. Without any proper planning and documentation tester has to find defect solely by his intuitions.

Why do we need to perform Ad hoc Testing?

Ad hoc helps in identifying errors that would usually go unnoticed during formal testing methods and helps to save time. As ad hoc testing checks randomly, when the product which is to be released in market can apply ad hoc testing because customer never uses the application in sequence/systematically. checking the product in an unstructured, informal way as users do since they don’t know how to use the application, they may use it randomly and find some issues to cover this we do one round of Ad hoc testing.

Ad hoc testing can be done by testers, developers or any other team members i.e. anyone with strong knowledge of the software under test. It does not follow any requirements for test, it randomly creates test case through error guessing and executing them. In buddy testing developers and testers work together to conduct test. A Pair of QA testers do pair testing whereas monkey testing is done by a QA alone

How to Perform Ad Hoc Testing?

Ad hoc testing doesn’t follow a specific plan as it is unstructured so there is no right or wrong way to execute. It can be achieved with Error Guessing testing technique. Even though there is no specific plan for test it’s good to Make sure you’ve got knowledgeable testers in order to block loopholes that would otherwise have been missed.

When to Execute Ad hoc Testing?

It’s done when there are no clear test cases to test the product. It can be done may in the midst of software development.

There are no specific tools for Ad hoc testing, tools which are already being used to test the application can be used. Some of them are

I hope you get to know about why, when and how to do Adhoc and Exploratory Testing. You can provide your feedback if you have any doubts in the comment box.