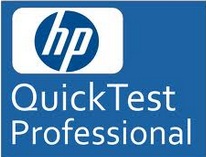 QTP is a functional Regression testing tool which uses VB Script as the scripting language. As part of a functional test suite, it works together with Mercury Interactive Win Runner and HP Quality Center and supports enterprise Quality Assurance.

Three types of licenses are available from HP:

QTP Automation Tool is a record and plays back tool, which will record the user actions on the UAT and imitate the user while running the recorded steps.