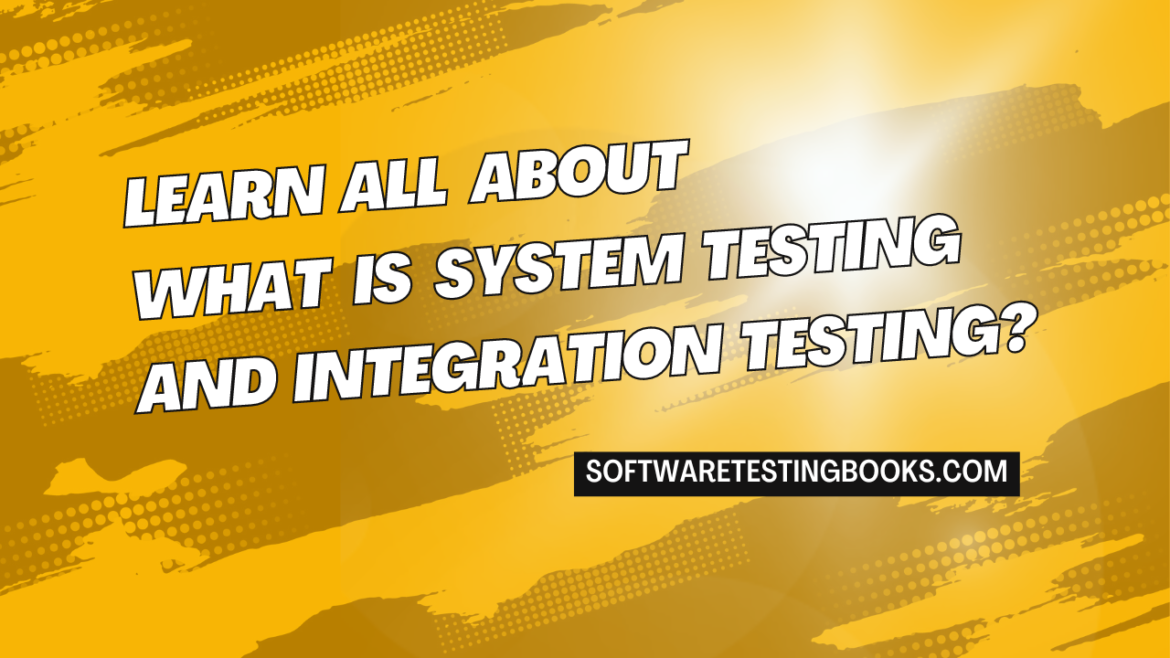 –> What is Functional Testing?

FUNCTIONAL TESTING is a type of software testing technique to verify the functional requirements and specifications of the software application. The purpose of Functional Testing is to test each function of the software application by giving the value, determining the output, and verifying the actual output with the expected value and to assure that the software system is Bug- free. It mainly involves black-box testing technique, because it focuses on application specification rather than actual code. It can be either done manually or using automated tools. so lets discuss about System Testing and Integration Testing. 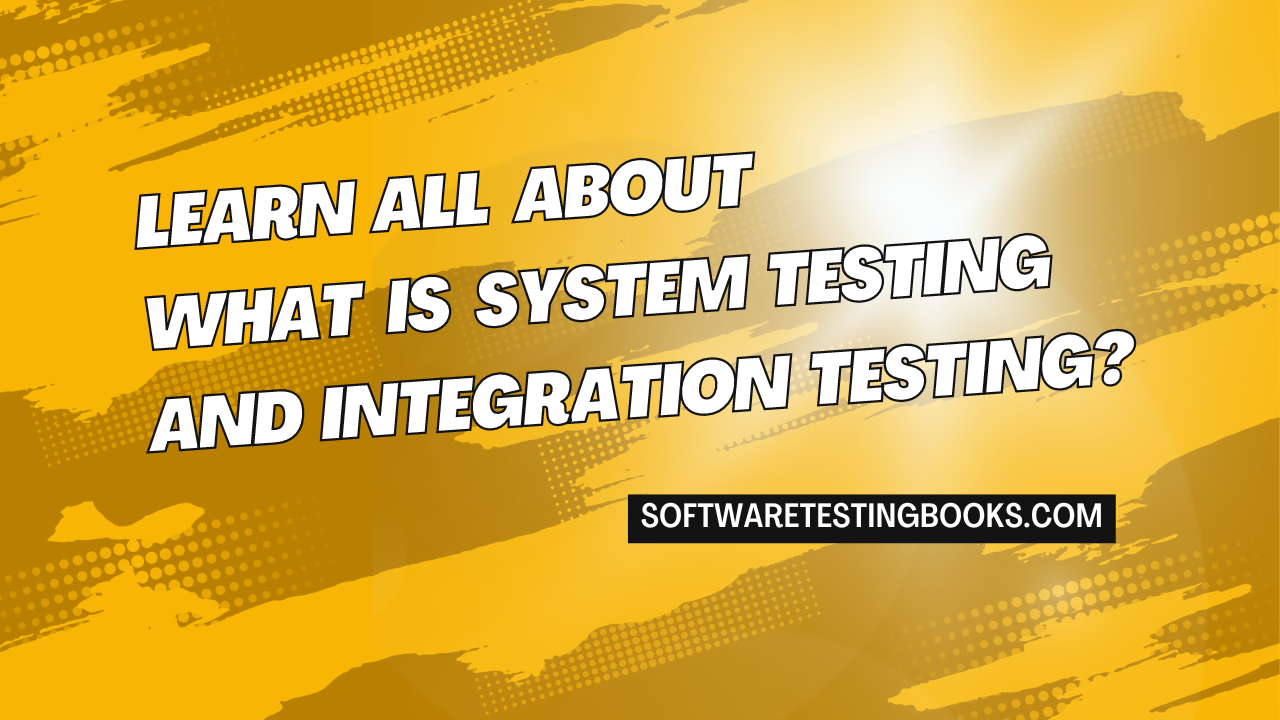 What are the common types of Functional Testing?

Why Functional Testing is Required?

Functional testing checks the functionality of the software system and ensures that all are working as intended and fixed for release. You may not accurately understand it without a functional testing. Functional testing is required to ensure a product performs as expected and to analyse individual portion to verify that they all work together properly. 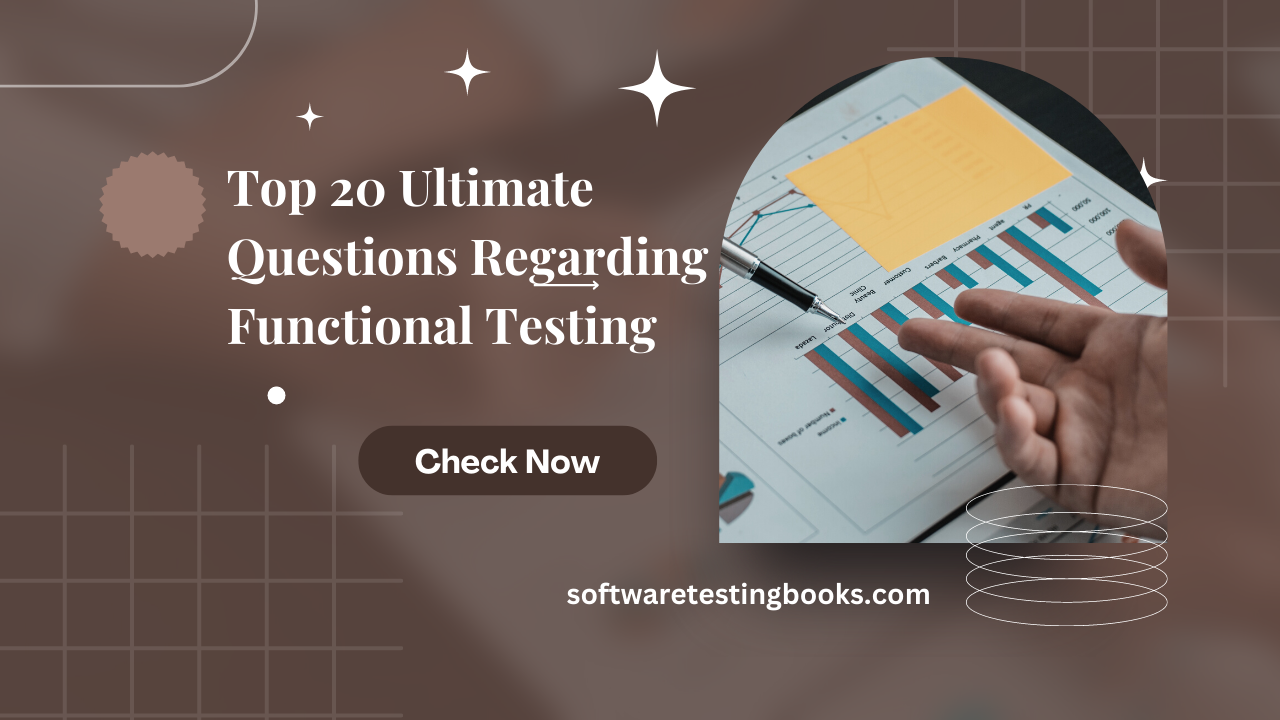 Functional Testing is a software testing technique used to validate the software system against the functional requirements/specifications.

The main purpose of Functional testing is to test each function by offering appropriate input and verifying the output against the Functional requirements of the software application.

A bug that can affect the majority of the functionality of a specific software application and further testing on the software becomes impossible since such bugs exist in the software.

It is essential to test to verify that the product or software built meets customer’s expectation or exceeds customer expectation. Testing ensures the product has no serious anomalies It is required to produce a quality product which ensure customers reliability and satisfaction.

When a bug is found first check the status of the bug, then check whether the bug is valid or not and then submit a bug report. Reported bug should be assigned and communicated to developers who can fix it.

In positive Testing tester puts a valid input and expects some action to be completed according to the specification.

Negative test cases try to break the system by providing invalid input or following path not proposed and to receive errors. Main intension here is to uncover hidden defects, that will otherwise remain in the software.

Manual and automation are the 2 different ways.

Defect Severity is a level or the degree of impact by the defect on the application under Test.

Defect Priority indicates how soon the bug should be fixed.

Defect severity can be:

Defect priority can be:

It depends on the risks for the system being tested. You can stop testing when below mentioned criteria’s meet.

A mistake in coding is called error. Error found by tester is called defect. Defect accepted by development team then it is called bug. Build does not meet the requirements then it is failure.

Also known as random testing and monkey testing because the tester tries to ‘break’ the system by randomly trying the system’s functionality. can be achieved  using Error Guessing technique. It is an unplanned activity where any part of the application is randomly checked to find defects.

Data-driven testing is the methodology where test scripts are executed repeatedly with the help of data sources like spreadsheets, Excel, CSV files, XML files, and SQL database files. Data sources can be used as input values and the actual output is compared to the expected one in the verification process.

It is a 4 steps process for implementing continuous improvement of software application:

Smoke testing is performed whenever the new functionalities of software are developed and integrated with existing build. It will check if the critical functionalities are working correctly or not.

–> Get Through Unit Testing in Software Testing

What is Unit Testing?

When Unit Testing is done?

Unit testing is carried out during the development phase. It is the initial step done before integration testing in SDLC or v model.

Unit Testing is typically performed by the developer. quality assurance engineers also do unit testing due to the reluctance of developers to test

What is the purpose of Unit Testing?

How to do Unit Testing?

–> Things You Didn’t Know About Integration Testing in Software Testing

What is Integration Testing?

Integration testing is the type of software application testing where different units, modules or components are integrated and tested. This aims to expose any defects in the interaction between integrated units.

Why Integration Testing is important?

Integration testing helps in identifying defects that may still exit even after unit testing. It helps to ensure that the integrated unit’s function properly as one unit and align with other components. Integration testing ensures the functionality of some modules that interacts with third-party APIs. Integration testing also helps eliminate problems such as data formatting, inadequate exception handling, erroneous external hardware interfaces error trapping.

When to do Integration Testing?

Integration testing is conducted after “unit testing”. Once all the individual units are created and tested, we do integration testing by combining those Unit Tested modules. It is also done when support libraries are used along with the code.

Usually integration testing is done by developers. Testers may be involved in organization’s that have implemented test-driven development.

How Integration Testing is done?

individual components (door, glass, mirror etc) integrate with other and test in order to check any side effects on the functioning of each component and if both components are functioning together as intended.

What is System Testing?

Who does System Testing?

Basically performed by an independent software tester. It’s a black-box testing technique and have both functional and non-functional testing.

What is the main purpose of System Testing?

System tests help to test that the application working correctly from a user perspective. It covers end to end testing and helps in mitigating live issues and bugs even after production. It helps to find potential issues. It includes testing both Business requirements and software architecture. System tests to help specify how the application should behave.

When System Testing can be performed?

It is third level of software testing, performed after integration testing and before user acceptance testing.

How we can perform System Testing?

When all the components (steering, wheel, door, mirror etc) are put together and “car” seems to be ready the entire system needs to be tested as a whole known as system testing.

Which Tools used for System Testing?

What is User Acceptance Testing?

User Acceptance Testing (UAT) is a type of testing performed by the end user to verify the software system before moving the software application for release. It follows black box testing technique where two or more end-users will be involved. 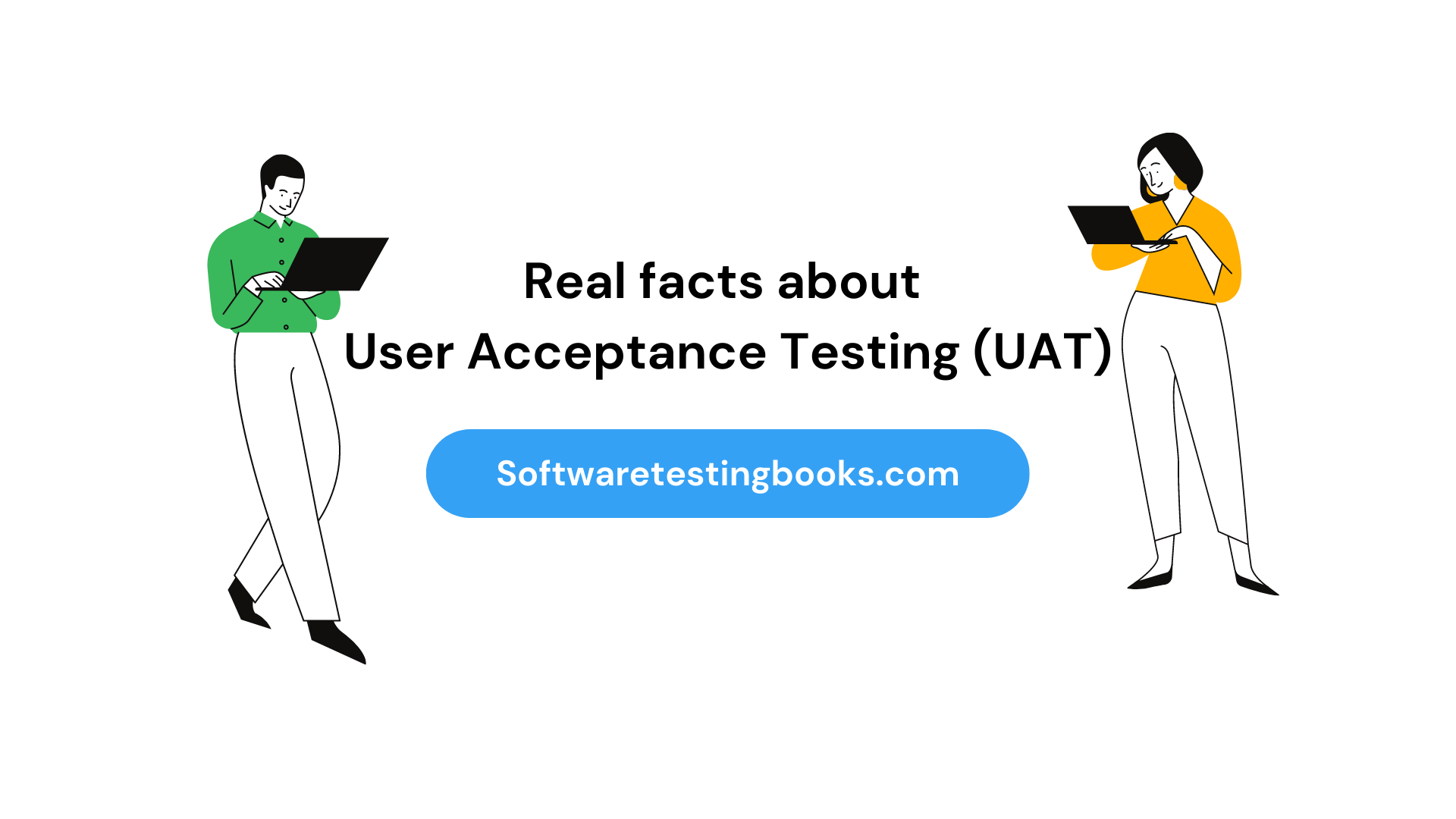 Who do User Acceptance Testing?

It is carried out by clients or end users.

When to perform User Acceptance Testing?

It is carried out after unit, integration and system testing. This is last level of testing performed after the product itself is thoroughly tested.

Why User Acceptance Testing is required?

User acceptance testing is needed for testing whether the final product is accepted by client/end-user. developers might have built software based on requirements document by their own understanding and further required changes during development may not be effectively communicated there are chance of mistakes to happen. This process serves as a final check to ensure the finished product is well built.

How we can do User Acceptance Testing?

Once Entry criteria for UAT are satisfied, the tasks need to be performed by the testers are as follows:

–> Things You Must Know About ALPHA TESTING and BETA TESTING

What is Alpha and Beta Testing?

Alpha testing is a type of software testing normally takes place in the development environment to identify bugs before releasing the product to real users. Alpha Testing is one of the user acceptance tests.

Beta testing is a type of software testing normally takes place in the customer’s or real environment and involves some extensive testing by a group of customers who use the system. Beta testing is one type of User Acceptance Testing. 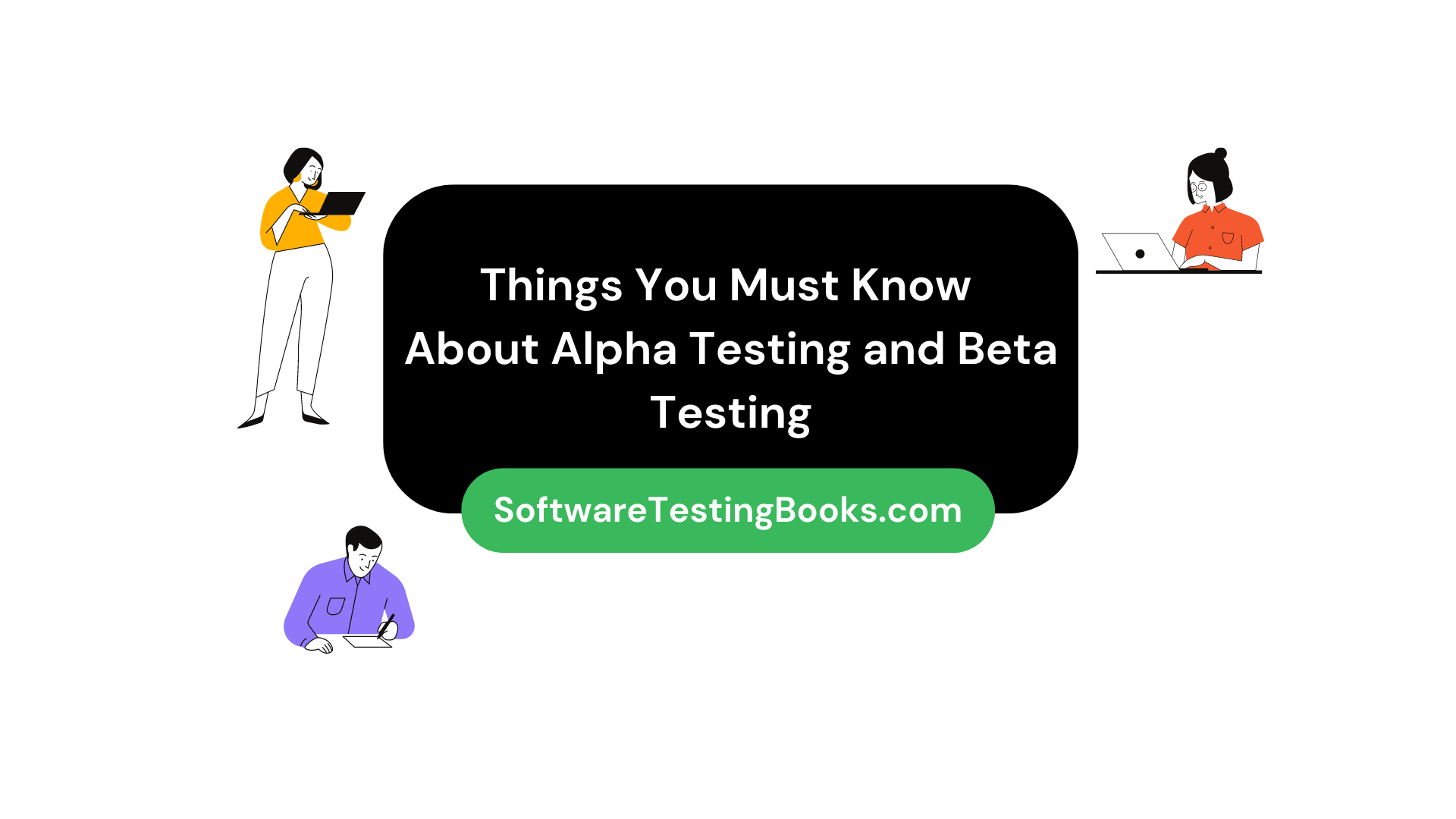 What is System Integration Testing?

System Integration Testing is defined as a type of software testing carried out in an integrated hardware and software environment to evaluate the overall system behavior. It is testing performed on a whole, integrated system to evaluate the system’s compliance with its specified requirement.

System Integration Testing’s (SIT) main objective is to ensure that all software module dependencies are functioning properly and that data integrity is preserved between distinct modules of the whole system. It is responsible for verification of the high and low-level software requirements specified in the Software Requirements Specification/Data and the Software Design Document.

Modules are first tested individually and then combined to make a system in this sort of testing.

I hope you got detailed knowledge about why, when and how to do Functional Testing, Unit Testing, Integration Testing, System Testing, User Acceptance Testing, Alpha and Beta Testing. You can provide your feedback if you have any doubts in the comment box.