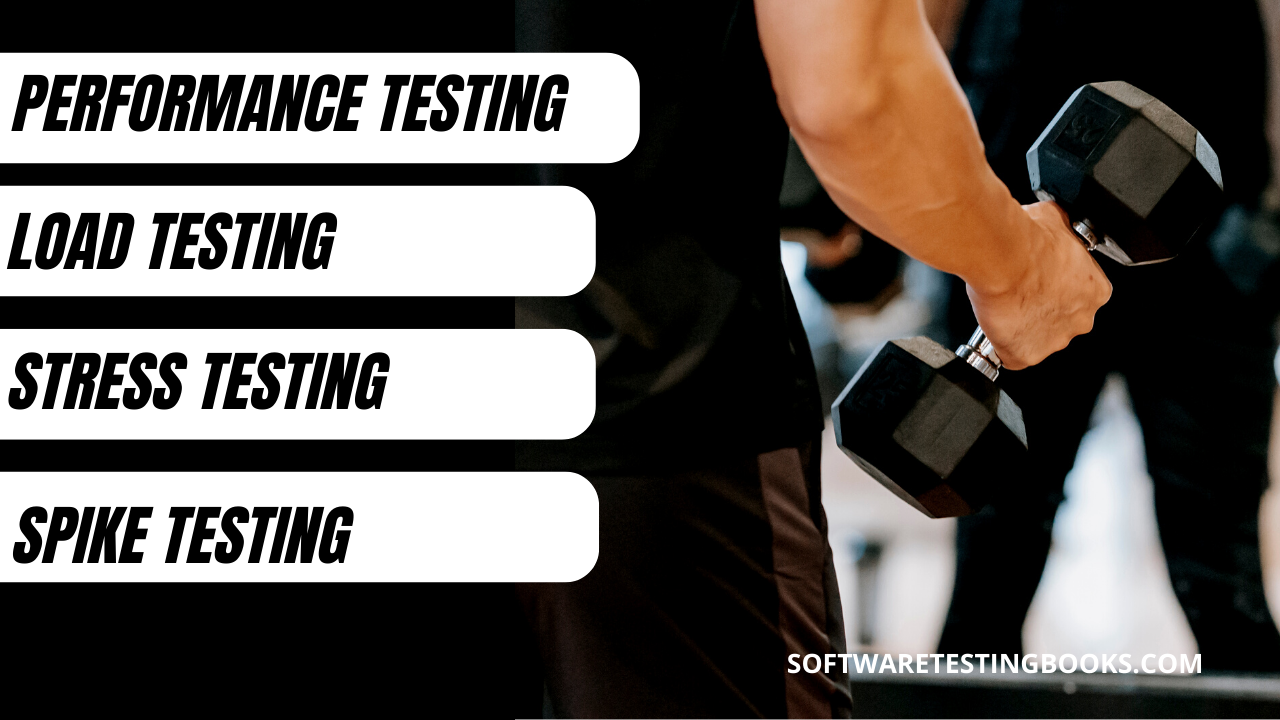 Performance testing is a type of software testing which ensures that the application is performing well under their expected workload. The goal of performance testing is to eliminate performance bottleneck rather than finding bugs. Features and functionality supported by a software system is not only the concern so as, used to determine, measure, validate or verify quality attributes of system and application like speed, scalability, stability and responsiveness under variety of load condition. Run performance tests when you want to check your website and app performance, which may extend to testing servers, databases, networks, etc.

What is Load Testing in Performance Testing

Testing conducted to understand the behavior of an application when large numbers of users access the application simultaneously. It is a non-functional software testing process usually conducted by the performance engineer. The primary goal of load testing is to define the maximum amount of load a system can handle without significant performance degradation. Load testing is commonly used for the client/server, web-based applications.

Why Load Testing is needed?

Load testing gives confidence, reliability and performance in the system. Helps to determine the operating capacity of an application. Load Testing helps identify the bottlenecks in the system under heavy user stress scenarios before they happen in a live environment.

When Load Testing should be performed?

Load test when you want to determine how many users your system can actually handle. Some extremely popular sites have suffered serious down times when they get massive traffic volumes. E-commerce websites invest heavily in advertising campaigns, but not in Load Testing to ensure optimal system performance, when that marketing brings in traffic.

How to do Load Testing in Software Testing?

Load testing can also be performed without the help of any load testing tools.  The basic steps to do load testing for an application are listed below:

Stress testing is performed to ensure that the system would not crash under crunch situations. It is a non-functional testing and also known as Endurance Testing or Fatigue testing or Torture Testing. Stress tests examine how the system undergo intense loads and how it recovers when going back to normal usage. It is used for all types of software but it is particularly important for critical software. Also it emphasizes robustness, availability, and error handling under a heavy load rather than what is correct behavior under normal situations. It is a type of software testing for verifying stability and reliability of the system.

Why Stress Testing is needed?

Executing stress testing will enable developers and testers to be prepared for extreme situations in software. Stability of the software is also tested. If the system fails under stress, the company may face a tremendous loss in their revenue. Company will prepare the software to never fail its operation if working under heavy stress. It is important to perform stress testing as it helps the testing team to test the system in a situation of failure and to make sure that before crashing the system have saved the data or not and also to check whether any unexpected failures harmed the system security.

When Stress Testing should be performed?

Stress tests are significant for websites and apps before an online shopping festival or big events such as ticket selling for a famous concert with high demand of the people. So, it is very important to test regularly to the capacity of the system endurance. This also helps you to prepare for unexpected traffic spikes and gives more time and resources to fix any bottlenecks.

How to do Stress Testing?

Stress Testing process can be done in 5 major steps:

And lastly, again run the entire cycle to determine that the changes have produced the desired results.

Spike testing determine how well your system can cope with sudden traffic spikes. It is done by suddenly increasing and then decreasing the load generated by many users. It can be compared to a load or stress test, but modelled as a sudden burst of traffic.

Soak testing increases the number of concurrent users for an extended period of time and observe ability of software to tolerate extended periods of high traffic.

Also known as flood testing, it evaluate software’s ability to handle large volumes of data without breaking, slowing down, or losing any information.

It is a kind of Software Testing which is usually performed on initial software build to ascertain that the critical functionalities of the program are working fine. It is executed “before” any detailed functional or regression tests done on the software build. The purpose is to reject a badly broken application, so that the QA team does not waste time installing and testing the software application. Smoke testing is also known as “Build Verification Testing” or “Confidence Testing”. It is a part of Functional Testing.

Smoke testing means verifying the working of important features and ensuring there are no showstoppers in the build that is under test. It is a mini and rapid regression test of major functionality. It is a simple test that shows the product is ready for testing. This helps determine if the build is flawed as to make any further testing a waste of time and resources.

Why Smoke Testing is Performed?

Smoke testing is important because it’s an indicator of whether a build is ready for formal testing. Without it, major issues slip through the cracks and have the chance to stay within a build for longer—that’s why smoke testing lets developers squash bugs early on.

When to do Smoke Testing?

A smoke test is performed at the beginning of the software development life cycle or SDLC process. Whenever the new build is installed, one round of smoke testing is performed because in the latest build blocker bug may be encountered. It is also called build verification testing. After all, there might be some change that might have broken a major feature (fixing the bug of or adding a new feature could have affected a major portion of the original software), or smoke testing can be done where the installation is happening.

How to do Smoke Testing?

A smoke test may be manual, automated, or a mix of the two. Usually, Smoke Testing is done manually to verify navigation is happening smoothly without any block to functionality. When the time is less and the new build is ready for deployment, automation can be used to smoke test. The process to implement an automated smoke test will vary depending on the application and the configuration of build tool used. Here are the basic steps for planning and running a smoke testing: –

Steps of the workflow as follows: –

If this function is working correctly, then the test is pass and tester will test the next function of the same application.

The objective is to determine that developer has applied sanity while producing the software. This type of testing is done on mature builds that have gone through multiple regression process and going to be released. Sanity test is done by tester

Why Sanity Testing is required?

Sanity test is done to verify existing functionalities are not changed while introducing new changes. It is an investment of time and effort. Sanity test helps to decide whether further testing can be carried forward or not

When to Perform Sanity Testing?

Sanity testing is done just before the deployment of software product. Software testing is done on builds received after bug fixing and also after performing minor change in the code.

How to Perform Sanity Testing?

Sanity testing is unplanned and totally manual so there are no special tools to perform it.

Security testing is a non-functional testing process that uncovers vulnerabilities of the system and prevents malicious attacks from intruders. It ensures that there is no threats or risks to the software system and application that can cause a loss.

According to the Open-Source Security Testing techniques, different types of security testing are as follows:

Why Security Testing is required?

It helps to avoid loss of customer’s trust, unexpected breakdown, revenue impact due to disturbance to your online system, costs required for repairing websites against future attacks.

When to do Security Testing?

Security testing is used to verify that there are secure interfaces between internal systems. And internal threats cannot be used to escalate privileges. This leads organization closer to a zero-trust security model.

How to perform Security Testing?

It is necessary to involve security testing in the software development life cycle in the earlier phases.

Advantages and Disadvantages of Performance Testing

I hope you got detailed knowledge about why, when and how to do Load Testing, Stress Testing, Smoke Testing Security Testing and Sanity Testing. You can provide your feedback if you have any doubts in the comment box.