What is Game Testing?

Game Testing it is very passionate gamer’s dream job. It is where you get paid to play video games. In case you are wondering if there is a catch, no! There is no catch at all. Game testing is just as any other testing job where you are required to test the game before it is shipped to the end users to provide them a glitch free gaming experience. 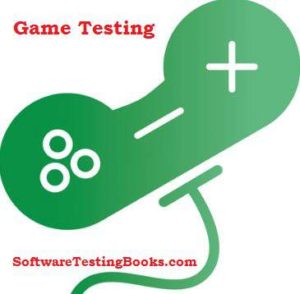 Video games being relatively complex products containing all kinds of codes and algorithms
in them, a handful of things could possibly go wrong.  This is exactly why testing a game is
equally important as testing any other web service or software.  Gaming testers play the game over and over in all possible ways to make sure the game is stable enough to be sold to the eager players all around the world.

While playing games are definitely fun, it is foremost a job for which a tester is being paid for. Apart from playing the game to test if it is fit for use, game testers primarily look for potential issues and bugs.

Game testing can be broadly classified into three kinds:

This approach is focused on finding glitches in the game. Let’s say, for example, the game under test is a karate or kung fu. Assume a case where the game crashes or stops responding when trying to perform a punch action. The tester will try performing the same course of action to confirm if he is able to reproduce the game crash time after time and finally record the steps to report it to the developers. This way, the developers can track down the root cause of this bug and fix it before it goes to the market for sales.

The tester will focus on testing the same version of the game in various devices. The game will be tested to see if it behaves the same way in Xbox, play station 2, play station 3, etc. If the tester finds any certain problems that is found in the Xbox but did not occur in PS2 or 3 either, then it is reported to the development team. Such platform specific discrepancies are captured under this configuration testing.

With Bug and Configuration testing, a tester’s endurance is put to test because they have to sit down for long hours to play a specific part of the game over and over to see if it causes any issues. However, the game play testing and tuning is the part which makes game testing the most fun. It is about letting the tester play the game the way they wish.