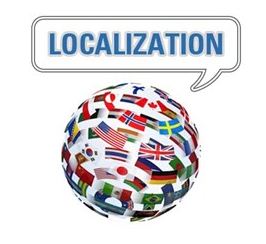 So, how do these companies become international? Do they just sell their products to a wider audience? Yes, but something more than that as well.

They also customize their products according to the needs and cultures of their customers.

That means, designing a Product which would suit customers belonging to different languages and regions.

This was not possible or I would rather say this was not a much sought after an affair a few years back. People were not so keen on this. But, now in today’s much competitive world where we want profits coming in from different sources and countries, it has become a necessity that we sell the product worldwide and customize it. This process is what we call “Localization”.

We have heard this term many times before. But, in software testing, how does this Localization work? How do we Test for Localization? Here, are some definitions and points to note about this type of testing.

Localization (L10N) is the process of customizing a software Application that was originally designed for a domestic market so that it can be released in foreign markets. This process involves translating all native language strings to the target language and customizing the GUI so that it is appropriate for the target market.

An example of Localization Testing:

So what do you look for especially when you are testing a localized product?

Most commonly, the issues reported under Localization include the UI and usability issues like the unlocalized or untranslated text.

But, is that all? NO- There would also be issues like – dipped or truncated text labels and other User Interface controls, incorrect tab order, and layout issues. I have myself been a part of a localization testing team.

So, with that experience, I can definitely tell that if you have the linguistic skills on which you are testing the app/web site, it will be an added advantage.

But, if you do not know the language in which you are testing the application it will neither stop you from testing.

Because, the majority of problems in this category do not require any special linguistic skills in order to identify the most commonly reported issue i.e, “unlocalized” or un-translated textual string. You can easily detect an untranslated string between fully localized texts!

The proper and correct UI translation is the main thing to look for. But, there are also other things which you should be looking at while localization testing.

To name a few,

Also, consider such issues as of Localization Testing:

These are just a few of the many issues to think about. Depending on the type of application, you may have other concerns.